Is Skills development the epicentre of employment creation and poverty reduction in South Africa?
November 2006
It is particularly relieving that government and various if not all sectors of South African society have acknowledged the conspicuous reality that the country’s economic growth and fiscal stability over the past 12 years has been largely jobless, and somewhat failed to systemically address the massive poverty challenge. The United Nations Human Development Programme (UNDP), recently observed that “at least between the years 1995 – 2000, for which there is adequate data—economic growth was associated with declining incomes across households at all income levels, but with the sharpest income declines occurring among the least well off”.

SASCO Ideological Debates Revisited: A brief overview of Marxism-Leninism as SASCO’s guide to action and tools of analysis
October 2006

The South African Students’ Congress (SASCO) uses Marxism-Leninism as tools of analysis and guide to action. Since SASCO’s adoption of Marxist-Leninist telescope to view and analyse society and its transformation, there has not been a thorough and convincing argument on what this exactly entails for the organisation. The ongoing debate on SASCO’s ideological orientation and inclination is virtually eternal.

President Thabo Mbeki’s Nelson Mandela lecture on Saturday, July 29, 2006 at Wits University called upon South Africans to debate materialism and idealism, whilst emphasising the central notion of social cohesion and human solidarity. Nothing more could be encouraging and inspiring than the President of the country calling on all of us to embrace the noble values and practices of Ubuntu. The President advised all of us never to allow the market to be the principal determinant of the nature of our society. The President indicated that he believes that “to achieve the social cohesion and human solidarity we seek; we must vigorously confront the legacy of poverty, racism and sexism”. 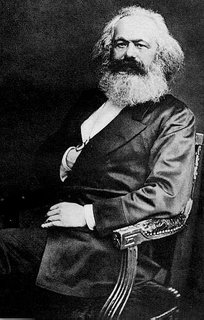 The Young Communist League of South Africa has grown to be considered as one of the most relevant, outspoken and influential youth organisations in South Africa. The growth of the YCL is no doubt attributed to its strong structures and ideological steadfastness. Very few youth and student structures in South Africa today have the gallantry to articulate conversant perspectives on matters of national importance like the Young Communist League does.

WELCOME TO FLOYD'S PERPECTIVES. PLEASE BE AT LIBERTY TO MAKE CONTRIBUTIONS AND ENGAGE THE VIEWS EXPRESSED. NO CONCEIT.